Meme marketing is one of the most powerful social media marketing strategies, which uses ‘Memes’ to promote the brand. These are humorous and conceptualized images/ videos that spread through the internet. Meme marketing comes under viral marketing, which refers to the use of mediums like word of mouth and social media networks to accomplish company goals. By this practice, a brand promotes its products by creating engaging and appealing news/ content.

What are Memes & their history?

The term ‘meme’ was taken from the Greek ‘mimema’, meaning ‘imitate’, was introduced by a British evolutionary biologist Richard Dawkins, in 1976, in his book ‘The Selfish Gene’. Dawkins further explained that memes are ‘hijackers of an original idea’. In 2005, on the release of Youtube, video memes came up as a new popular meme platform. Video sharing created memes like ‘Turn Down for What’. With the emergence of social media networks like Facebook, Twitter, etc., sharing of GIFs and image macros also emerged. Slowly meme generator websites came up to let users create their own memes using the existing templates.

Memes are hilarious content which are shared online. Memes contain their own names like the success kid, good luck Brian, etc. They have a specific format based on the content and are re-created and shared by other users. Due to their popularity, there are even social media accounts which are created to just post funny memes and share them with their followers.

First-ever meme on the internet:

The first meme to go viral on the internet was the ‘Dancing Baby animation’, created in 1996 to show features of the new CGI software by Kinetix Character Studio. You can watch the first-ever viral meme video:

Emergence of the meme as an essential marketing strategy:

Today’s memes are described as more humorous, absurd, niche, diverse and self-referential than the memes of earlier times. By the mid-2010s, they began to arise in the form of ‘dank memes’. The word ‘dank’ means a ‘cool and damn place’. Dank memes are also referred to as Internet in-jokes. An example of a dank meme is ‘Who killed Hannibal’ which is created using two frames from a 2013 episode of ‘ The Eric Andre Show. Dank memes come out from interesting real-life images which are shared and re-shared again and again.

The PR, advertising, and marketing professionals have considered Internet memes as a form of viral marketing and guerilla marketing to promote their brand efficiently.

The practise of using memes to promote products/ services is termed as Memetic Marketing. Internet memes are cost-effective and used to create an image of awareness and increase sales. An example of memetic marketing is the ‘FreeCreditReport.com’ singing ad campaign, an advertisement in the name of ‘Nope, Chuck Testa’, a public announcement ad campaign in name of ‘Dumb Ways to Die’, among others.

Meme marketing led to a new term- “Meme jacking”. When the marketers skyjack viral/ popular memes and use them to promote their businesses, it is called Meme Jacking. It has gained a lot of popularity as it lets you share refreshing content having the possibility of getting viral.

Examples of brands using meme marketing as a tool in their marketing strategies:

Internet memes are used in the entertainment industry to generate positive publicity. For example, the 2006 film ‘Snakes on a Plane’ gained huge publicity through internet memes.

An Indian movie PM Narendra Modi is a film inspired by the real-life story of Indian Prime Minister Narendra Modi. The lead role of Modiji was played by the eminent actor Vivek Oberoi. There was a lot of trolling on Twitter, during the election time, in the form of funny memes.

Some popular memes include Harambe, Condescending Wonka, LOLCats, Success Kid, and others.

“All your base” (2001) was a flash animation which satirized the pathetic English translation of the Japanese game Zero Wing. It used humorous phrases like ‘All your base are belong to us’.

As funny GIFs: Memes can also be found in the form of funny GIFs. This meme trend is one of the popular sources of huge traffic on various GIF hosting website search engines like Giphy, Tenor, Reddit, etc.

How to include memes in your marketing strategy?

A successful marketer always tries to capitalize on the current trend. Memes bring more engagement and like in the company web pages. The best thing about meme marketing is that it does not include plagiarism. To create hilarious memes, companies often use image editors like canva and animation maker tools like PixTeller. They allow you to create animated GIFs, images, and video stories with user-friendly templates.

Tips for an everlasting meme:

While creating or sharing memes, you should keep in mind the following tips:

Do not rush to being on a trend as sometimes the trend might not yield good results for your brand. Irrespective of the trend being very famous, always keep the basic objective of your brand. Run but do not hit your head on the wall.

Meme marketing is the new trend in the market. The benefits of meme marketing are that by using memes, brands help to gain trust and popularity among users and customers. Memes which are funny, quirky, and witty are the ones which should be considered by the brand. Just creating a meme and getting it posted on social media is not enough. You need to constantly keep an eye on the engagement of the target audience.

Now you are well versed with the concept and the power of meme marketing. So what’s stopping you? Show your audience what they have not seen yet…. Just adopt the steps of meme marketing and see how you skyrocket.

What is meme marketing?

Meme marketing is using memes to promote your brand. Such memes can be in the form of creative GIFs, videos, or images relevant to your brand.

Why are memes good for marketing?

Memes are a great source of marketing as they are refreshing, easy to consume, and have potential to go viral. The best part about meme marketing is that it involves less cost and is less time-consuming too.

How can you use memes for marketing?

There is no specific formula to use memes. You just have to create hilarious memes keeping up with the trend.

What are the top brands which are using meme marketing? 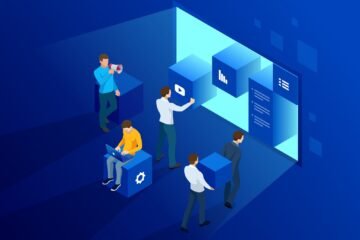